Which Power Supply Should I Get?!

As talked about in our previous blog post, cheap power supplies such as those you see on eBay/Amazon for £30 just won’t do. They don’t isolate pedals from one another like they claim to do, and as mentioned before, they are basically glorified daisy chains with fancy blue lights. Daisy chains…don’t get me started on those! Ground loop hum is what we are trying to eliminate here.

Ok, So Which One Is Right For Me?

This is where I guess it comes down to budget/need. Are you on a tight budget but don’t want to sacrifice a huge chunk of your tone by buying a cheap daisy chain? Then look no further than the Truetone 1 Spot. This beautiful little device out performs many of the more bulky 8 output power supplies on the market and takes up only one socket space! Being able to handle up to 1700mA means this little adapter could be perfect for you if you don’t have an insane number of pedals on your board and you’ll notice how much cleaner your signal is when using it too. And retailing at around £35 means it’s within budget of pretty much anyone looking to improve their power situation. Great product! If you aren’t on a budget or if you are in a band that is playing live shows, working in the studio or even just jamming together and want the ultimate in pedal power the Voodoo Labs Pedal Power 2+ is the bottom line in the guitar pedal power world. There is a reason you see these on your favourite guitar players boards, from basement gigs to the worlds largest stages, and that is that they make some of the finest products in the market. With it’s highly durable and rugged design and impossibly quiet design the only real downside of this power supply is it’s price tag, coming in at around £170. But the way I see it, several of the pedals on mine and many others’ boards cost that or more, so look at it as an investment.

Not All My Pedals Are 9v, Is This A Problem?

Generally speaking, 80% of guitar pedals are going to be 9v, drawing less than 100mA current, so either of these power supplies could work for you. However, some pedals out there run at 12, 18 or even 24v, such as the 18v Fulltone Deja Vibe 2 or many boutique overdrives which have a buffer to 18v to allow for more headroom. In this case power supplies such as the Pedal Power 2+ sometimes come supplied with a ‘Y’ adapter which allows you to connect two of the 9v outputs together to get 18v. A cool feature except now you’re sacrificing 2 outputs from 8 to power one pedal, this is obviously not ideal. If you find yourself in this predicament then something like the Truetone 1 Spot Pro CS12 could be just right for you. It’s super versatile, offering two 18v, four 9v, outputs, four that are switchable between 12v and 9v, one which is variable between 4v and 9v (perfect for creating that ‘dying battery’ effect that many vintage wah’s and overdrives simply crave to sound their best) and one 9v AC output. Talk about feature rich! Also coming in around £170, it is certainly a worthy competitor to the industry standard Voodoo Labs Pedal Power 2+

Could you just go over that one more time?

Of course. You are a solo player, a bedroom player, a musician on a budget or a band player who doesn’t do a lot of travelling- get the Truetone 1 Spot and don’t even look at the cheap eBay Chinese power bricks that claim to offer more features. They are both in the same price bracket but only one actually performs as it claims it should.

You have 8 pedals or less that use 9v power (ideally) and you want to buy a power supply that is never going to let you down, that you can take all over the world and it will perform perfectly night after night then the best power supply for you will be the Voodoo Labs Pedal Power 2+. Again, there’s a reason why it’s the industry standard.

You have pedals ranging between 9-24v, between 100-500mA and you don’t want to have to connect two power outputs together to be able to power one pedal, then it sounds like the Truetone 1 Spot Pro CS12 will be right for you. With it’s many features and a price range that puts it right in the same bracket as some of the other well known brands such as Voodoo Labs, T-Rex and MXR it is a very strong addition to their product line.

There are of course many places you can get more information on the pros and cons of each of these power supplies so now that you have a slightly better understanding of what you’re looking for I suggest you go off and research which one will be right for you, don’t let it stress you out! 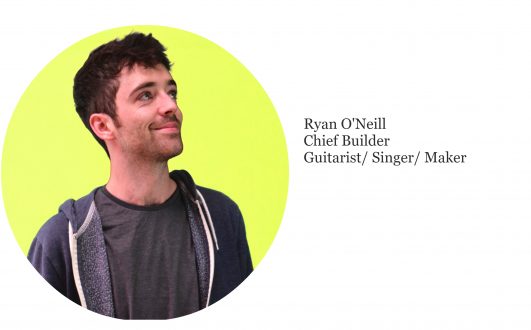