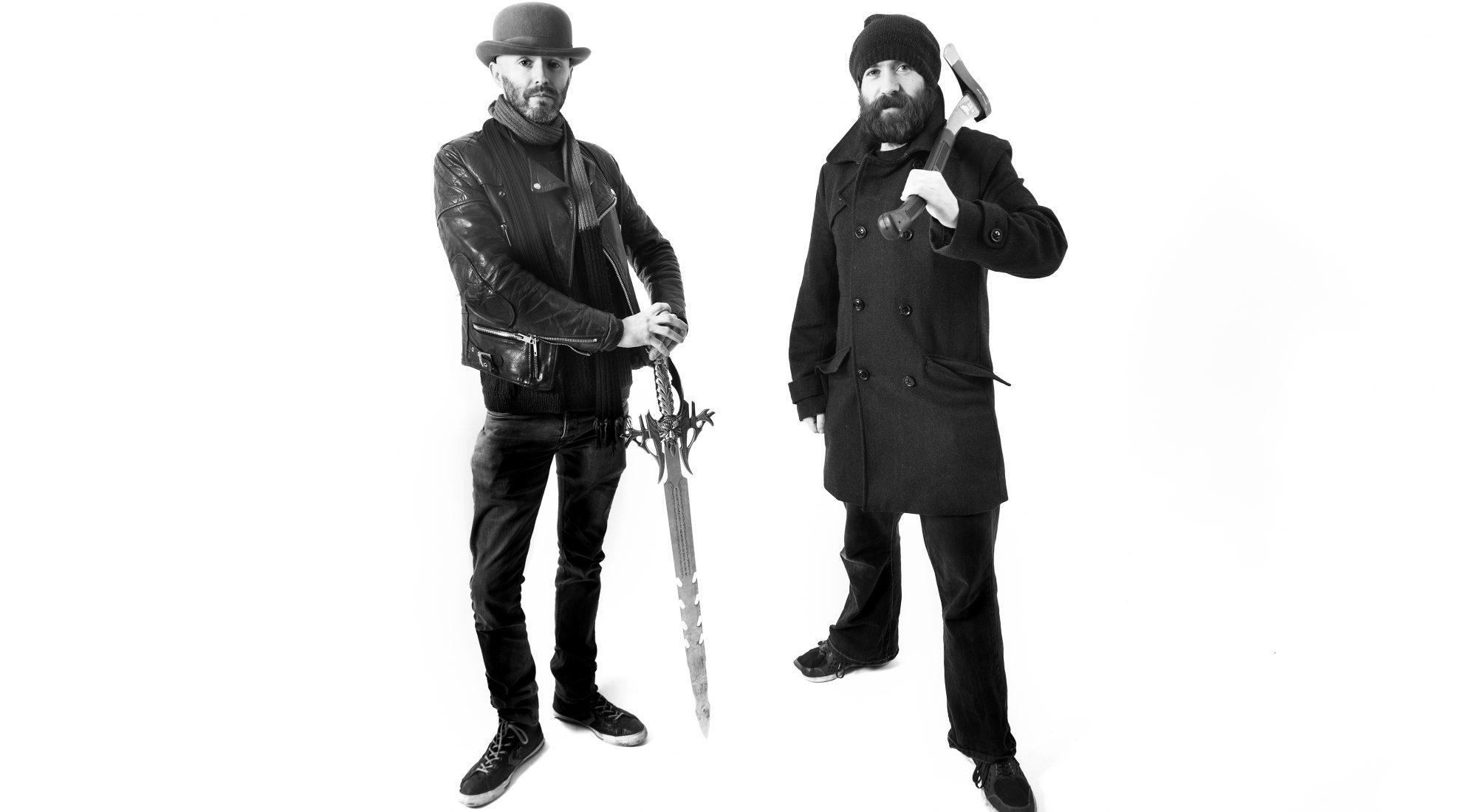 Listen to Philip Wallace – Waldorf and Cannon on Spotify

Waldorf & Cannon are an alternative multi-instrumentalist duo from Derry & Donegal, Ireland.​ Philip Wallace aka Waldorf plays a Farmer Footdrum kit, Danelectro guitars, Hohner harmonicas and sings. Oisin Cannon plays a Danelectro 58 Longhorn bass and sings. Although there are only 2 members, they sound like a full 5/6 piece band​. ​Together they create a unique alt sound heavily laden with stirring harmonies and catchy hooks often sharing and swapping lead vocals during a single song. Influenced by many acts including Pixies, Nirvana, Devo, Fugazi, Link Wray, Little Walter and Beck.​

Last year Waldorf & Cannon played their biggest shows to date supporting Frank Turner & The Sleeping Souls on the Irish leg of his world tour. At the beginning of February 2017 they toured Ireland with Bella Union artists ExMagician and in March 2017 played 4 shows in Russia.

Electric Picnic 2017: Jerry Fish invited the band to play his Electric Sideshow stage tipping them as one of the acts of the festival and giving them a fantastic slot on the Sunday evening before Ash and ended up playing 2 extra shows in Body & Soul. Other Voices 2017, Dingle: The band finished up a successful 2017 playing a number of shows at the world famous Other Voices in Dingle, County Kerry. At the festival they covered ‘Sabotage’ by the Beastie Boys live on Today FM, which went down a storm, knocking up over 40,000 views.

The boys are currently working on the follow up to ‘Old Dogs New Tricks’ and and are preparing themselves for another busy summer festival season.

Signup to our mailing list and get a 10% discount code to use in our store! The code is valid until the end of this month.